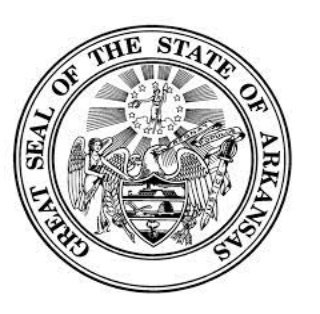 Dr. Hyatt is board-certified in psychiatry and neurology and has 18 years of experience treating all manner of mental illness. He attended LSU, studying psychology and then medical school at UAMS where he was later voted by his peers to serve as Chief Resident of Psychiatry. As a resident, he was awarded the prestigious AAP fellowship and also won an award reserved for the top six psychiatric residents in the nation. Contemporaneously, he won the UAMS award for “Outstanding Patient Care,” as well as the top award reserved for “Outstanding Achievement In The Field of Medical Student Teaching.” At the onset of his professional career, prior to taking over as Chairman of Psychiatry for Northwest Health, he served as Medical Director for St. Vincent Infirmary in Little Rock for 15 years and was voted by his peers to represent them on the Medical Executive Committee at both institutions.

Dr. Hyatt is routinely voted by his peers as one of the top psychiatrists in the state and has won accolades such as “Top Psychiatric Specialist,” “Patient’s Choice Award,” and “Most Compassionate Doctor” on numerous occasions, as voted by his patients and peers. Our state’s newspaper has also polled physicians across Arkansas as to who they felt was the top psychiatrist in the state and Dr. Hyatt regularly was voted to be the best doctor in his field, often being noted as the “Top Vote Getter.” Recently, he was awarded the accolade for “Top Psychiatrist In Rogers” by the prestigious group “The Leading Physicians of The World.” He serves in an advisory capacity for entities regulating the quality of psychiatric care in Arkansas and also provides consultation to facilities  looking to elevate their standards to the level of excellence that Arkansans deserve. Since 2018, Dr. Hyatt has also been proud to be the team psychiatrist for all sports at the University of Arkansas, Fayetteville.

For years, Dr. Hyatt served as The Arkansas State Medical Board’s expert witness for all matters psychiatric but, in January 2019, Dr. Hyatt was appointed by The Honorable Governor Asa Hutchinson to the Arkansas State Medical Board as the 3rd Congressional District representative. Our proud 3rd Congressional District spans nine counties and has a population of greater than 782,000 people, which accounts for over 1/4 of our state’s population. Along with only 11 other Board Members, he is charged with protecting the safety of, and ensuring the high standard of care that all 3 million Arkansans deserve, as provided by some 6,000 physicians throughout our state. In just two years time, Dr. Hyatt was voted by his fellow board members to serve as Vice Chairman for our state’s Medical Board.

Dr. Hyatt is originally from Huntington Beach, California and competed in both collegiate football as well as Track & Field, where he still maintains his institution’s record for distance in the discus throw.

His hobbies include spending time with his family in Chicago – which has become something of a second home for him and his family, traveling, disc-golf and rooting for his beloved Chicago sports teams. He remains active athletically and trains daily with the world renowned coach, Aaron Kimball of the TCB Fight Team in Kickboxing, Brazilian Jiu Jitsu, Muay-Thai, Libre, Competitive Weight Lifting, and Tactical Firearms Training.

She went on to excel and obtained both her Masters and Doctorate degrees from the University of Arkansas for Medical Sciences where she graduated with high honors and has since had the honor of delivering the commencement speech at her program’s graduation. Among numerous other awards, in 2011, she received the Mental Health Practitioner of the Year Award from the Arkansas Mental Health Council. She is one of the finest providers of mental health care in the country and we are very lucky to have her on our team.

Holly Snipe grew up in Texarkana, Arkansas. She received her Bachelors of Science in Nursing from the University of Arkansas for Medical Sciences. She then furthered her education and obtained a Masters of Science Degree, becoming a specialist in psychiatric mental health. She is a board certified practitioner and a member of the American Psychiatric Nurses Association. Holly also served as a member of the prestigious Sigma Theta Tau International Honor Society. She has extensive experience in Child Psychiatry, but is also versatile enough to be able to provide superb care across all age groups.

Ms. Talbert grew up in the Memphis area but lived in Little Rock, as well as Walnut Ridge prior to relocating to Northwest Arkansas. She has been in the healthcare field for 12 years where she developed a passion for psychiatry and  has used her extensive psychiatric experience to care for some of the most challenging cases in the state. She has been accredited by the American Association of Nurse Practitioners and is certified in both Family Medicine as well as Psychiatry. She is well-respected in the Mental Health field for her conservative and compassionate approach to practicing medicine. We are thrilled that this superb provider chose to bring her talents to Pinnacle Premier Psychiatry.

Kyle grew up in Milwaukee, Wisconsin before relocating to Arkansas in 2010. He received his Bachelors of Science in Nursing from the University of Arkansas. He then furthered his education and obtained a Masters of Science Degree, becoming a Psychiatric Mental Health Nurse Practitioner and he is fully accredited by the American Association of Nurse Practitioners.

Kyle has been universally loved by both patients and staff over the course of his career due to his strong work ethic and compassion towards those he has cared for.

Bryan believes your story is yours and no one else’s. If you are choosing to be vulnerable and wanting to heal and grow through the counseling process, Bryan will honor that by partnering and being present with you. Bryan works through really listening to you and building trust, demonstrating understanding and empathy, and challenging you in ways that will empower you to change your life. Whether you are in the midst of a crisis, have pain or hurt from the past, or are struggling to figure out how to move forward in a troubling situation or relationship, you deserve to be heard and valued. Through Bryan’s many years of experience, he feels driven and focuses his practice on three main areas: individual and family therapy with boys aged 8-17, co-parenting therapy for divorced or non-married parents, and individual therapy for adult men. So, if you believe your son needs counseling for whatever struggle he is facing, or if you are co-parents and need help parenting effectively together for your child, or if you just need help facing life’s difficulties, Bryan is ready to challenge and empower you to change your life.

Aaron grew up in the South. He received his Bachelor’s of Science degree in Nursing from Missouri Southern State University in Joplin, Missouri. He then furthered his education and received his Master’s of Science in degree in Nursing and is now a practicing board-certified Psychiatric Mental Health Nurse Practitioner. He is fully accredited by the American Nurse’s Credentialing Center and is a member of the American Association of Nurse Practitioners, American Psychiatric Nurses Association. Among other honors, he is a member of the PSI CHI International Honor Society. He has extensive experience working in the psychiatry and was personally trained Dr. Brian Hyatt. Aaron is fervently committed to providing compassionate and competent care to individuals experiencing mental health problems. Aaron enjoys fishing, hiking, woodworking, spending time with his dogs (Noah and Hazel), and traveling with his wife.

Shanda came to Pinnacle Premier Psychiatry with a strong background in nursing. She spent her early years as a nurse working at the bedside on a medical surgical floor as well as in Labor and  Delivery before recognizing she had a significant interest in caring for psychiatric patients. Over the last 4 years she has worked alongside Dr. Hyatt and worked her way up from bedside nurse, to nurse educator, and then into the role of Nursing Supervisor. Shanda is proud to be a part of Pinnacle Premier Psychiatry and is an excellent Clinic Administrator with a strong focus on problem solving and customer service.

Jeni is a Licensed Clinical Social Worker. She is a native of Oklahoma but has called Northwest Arkansas her home for the last 20 years. She enjoys working with individuals of all ages and specializes in individuals and families suffering from anxiety, depression, ADHD, mood disorders, and those who have experienced trauma. She is trained in Trauma-Focused Cognitive Behavioral Therapy, Eye Movement Desensitization and Reprocessing, Child Parent Psychotherapy, and many other interventional modalities.

Jeni received her Masters degree in Social Work from the University of Arkansas where she worked with a professor who also specialized in trauma and presented at a conference and co-published a paper on the topic of sexual abuse that can now be found in the Encyclopedia of Social Work.

Jeni works very hard so that all of her patients feel safe, heard, and supported as they work towards a healthier and happier life.

In therapy, Caitlin believes that people deserve a safe space to feel seen and heard. She utilizes a patient-centered, empathy driven approach to individualize a treatment plan that best suits the client.

Tiffany was born and raised in Rogers, Arkansas. She received her Bachelor’s Degree in Communications from the University of Arkansas – Fayetteville. She has numerous years of experience in a variety of fields where she gained customer service, time management, and superb leadership skills. She believes that high quality care starts with providing high quality customer service. Tiffany is a member of the American Health Information Management Association, the American Association of Notaries and the Arkansas Medical Group Management Association. She has been with Pinnacle Premier Psychiatry since the day the clinic opened. Tiffany is very excited to apply her extensive experience and education to the medical field.

Ms. Hyatt has a B.S. in Medical Technology and a Master’s Degree in Health Administration. She began her administrative career in 2002 and has worked for, and served as a consultant for several of the largest health care systems in the state. The last 10 years of her career were in Medical Group Management, where she was responsible for the start-up and management of dozens of major medical practices, and hundreds of physicians and employees. After taking a hiatus to spend more time with her family, she is excited to be a part of Pinnacle Premier Psychiatry.

Aaron has coached numerous Silver Gloves, Golden Gloves, J.O. Champions, and World Champions. He is the trainer of Dustin “War Machine” Morrison, Brian “The Vanilla Gorilla” Hyatt, as well as numerous professional fighters in boxing, kickboxing, and MMA all the way up to Bellator level.

Aaron has long protected the safety of our patients and staff but, as you can see by his photograph, he is a gentle giant.